Born and raised in Lodi, California, Salvador’s path to the Foreign Service included time spent in the Marines, including as a Marine Security Guard at U.S. Embassies. He explains, “I joined the U.S. Marines right after high school and served as a Marine embassy guard in Mozambique and Italy for the final three years of my enlistment. This first exposure to the Foreign Service piqued my interest in a career with the State Department, as I felt the career would provide a sense of involvement with world affairs, while providing the same sense of service I felt from my time in the military.”

Salvador is a first generation American with immigrant parents from Mexico and is the first in his family to graduate from college. He graduated from the University of California in Berkeley in 2009 with a degree in history, and with the support of the Rangel Program, completed a Master’s in International Affairs at Columbia University’s School of International and Public Affairs.

“I would definitely recommend the Rangel Program to another person. The best two features of the program are the mentoring and guidance that it provides, and the opportunity to meet and get close to the other fellows, who are invariably a highly motivated, very interesting, and extremely dedicated bunch of young people. Anytime you run into a Rangel fellow anywhere in the world, you can rest assured you will have an instant bond. “
Salvador is currently serving in his first post as a Political-Economic Officer in Antananarivo, Madagascar. Asked for a favorite experience thus far, he recounts that two weeks after arriving at post, he found himself representing the United States at the launch of the country’s first oil production facility. “I was in the company of ambassadors from the UK and other countries, as well as ministers, members of parliament and even the president of the host country.”
His ultimate goal in the Foreign Service is to positively impact each country in which he serves. “This could take many forms, not only in furthering U.S. policy in the country to improve governance, economic development, and the promotion of human rights, but also in the simpler aspects, such as forming positive relationships, helping dismantle stereotypes, and presenting a more accurate reflection of the diversity of the U.S. population.” 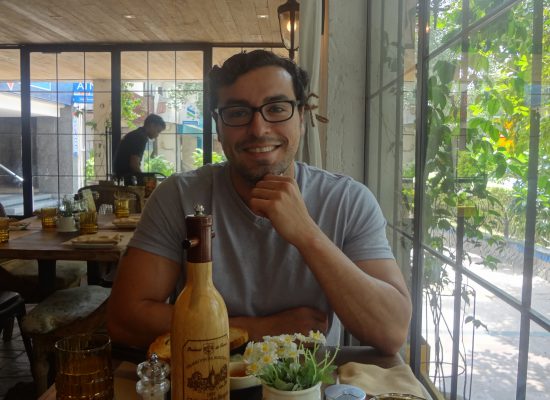