Fatimah Martin’s ancestry is the genesis of her interest in International Affairs. “Because my cultural heritage reaches back to Africa and encompasses Europe and the Americas, I understood from an early age that I am truly a part of the global community.” This awareness began to shape her career goals, even as a young girl. Fatimah grew up in the multicultural environment of Hawaii where she lived among many cultures of the world. “Our family frequently engaged in political dialogue with friends from Indonesia, Malaysia, Pakistan and the Sudan. I learned firsthand how many families struggled to educate their children and preserve their cultural heritage and identity, as well as the price they sometimes pay to live in peace.” After moving to New Mexico in 1998, her cultural exchange continued as she met families from Yemen, Algeria, Iran and Egypt. These cultural interactions helped to broaden her world view and deepened her commitment to work among the cultures of the world.

Becoming a Rangel Scholar proved to be a perfect fit for Fatimah. After hearing Patricia Scroggs’ presentation on the Rangel Program at the University of New Mexico, she decided that she would apply to be a Rangel Scholar her junior year. Sometimes feeling disconnected to issues of international affairs due to living in the southwestern United States, Fatimah believed that spending the summer in Washington D.C. would allow her to explore different career options, engage in issues of foreign policy and improve her professional skills. “The classes and activities of the Rangel Program created a new framework in which I could analyze political issues and policies. I’ve since been challenged to think more critically about domestic and international policy, as well as how to articulate my ideas and positions on certain issues. The program motivated me to challenge and push myself to elevate my thinking.”

Fatimah recommends the Rangel Summer Enrichment without reservation. She believes any prospective Rangel Scholar would find the program challenging, enriching and filled with possibilities. “By engaging and learning from young adults like myself from across the country, I left the Rangel Program feeling truly motivated and inspired by my fellow Rangel Scholars.”

Fatimah received a BA from the University of New Mexico, and an MA from Columbia University’s School of International and Public Affairs. She won a Pickering Fellowship and recently joined the State Department Foreign Service. She is studying Chinese to prepare for her first tour in Shanghai, China. 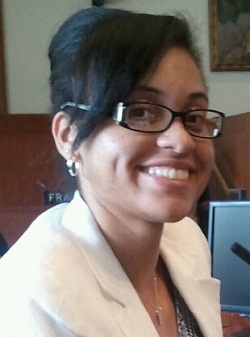