Daniel’s interest in international affairs was sealed while studying abroad in the Middle East. A History major at the University of Nevada, Las Vegas (UNLV), Daniel successfully completed a semester program in Peace and Conflict Studies and Arabic Language and Culture in Haifa, Israel. Daniel subsequently leveraged the insights he gleaned from his study abroad experience while in the Summer Enrichment Program. Daniel observed that “the Rangel Program was so phenomenally eye-opening because it exposed me to diverse career paths that I would have not seen anywhere else.” He found the most valuable aspect of the Summer Enrichment Program to be the power networking opportunities with high-ranking officials in the State Department, on Capitol Hill, and in prominent think tanks. “Washington, D.C. can seem like an overwhelming place for someone like me looking to get his foot in the door in international affairs, but the Rangel Program eases you into this fast-paced town by allowing you to engage with other young professionals who are just as ambitious as you.”

Daniel has continued to pursue his passion for international affairs since completing the Rangel Program. He graduated summa cum laude with a Bachelor of Arts in History from UNLV and currently serves as a Truman-Albright Fellow in Washington, D.C. at the Millennium Challenge Corporation (MCC), a federal agency working to reduce poverty through economic growth around the world. Before his time at MCC, he worked with Executive Vice President and former U.S. Ambassador to Israel Martin Indyk at the Brookings Institution as a research assistant on a book about Secretary Kissinger’s efforts in the 1970s Middle East peace process. He published his research honors thesis on the historic relationship of power imbalances and violence in the Israeli-Palestinian conflict. He also authored a white paper on the state of urban elevated expressways for Brookings Mountain West. For his research and public service accomplishments, he has won a Harry S. Truman Scholarship for graduate school, as well as the John S. Wright and Rosemary Masek Awards for best history student and the Lance and Elena Calvert Award for Undergraduate Research at UNLV. He plans to attend the University of Oxford for an M.Phil in Modern South Asian Studies, with the goal of pursuing his Ph.D in the same discipline and serving as a public intellectual on issues of violence and power in South Asia. 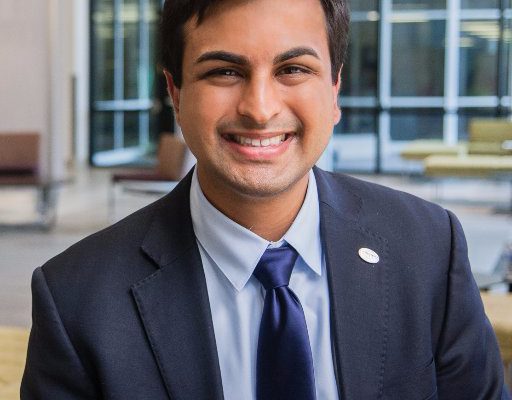